Cyclone Hudhud - Moving towards North AP and asusual Chennai gets a complete miss.

Under the influence of an upper air cyclonic circulation (UAC), a low pressure area formed over Andaman Sea on October 6. The following day, the India Meteorological Department (IMD) upgraded the storm into a depression and subsequently into a deep depression. The Deep Depression increased intensity and was moving towards a favorable environment. and during early hours of October 8, the JTWC started its advisories for the storm followed by IMD upgrading it to cyclonic storm intensity and naming it "Hudhud".

Cyclone Hudhud is expected to move towards North AP coast. The steering environment looks less complex and the storm is expected to intensify and move in a west and north westerly direction. 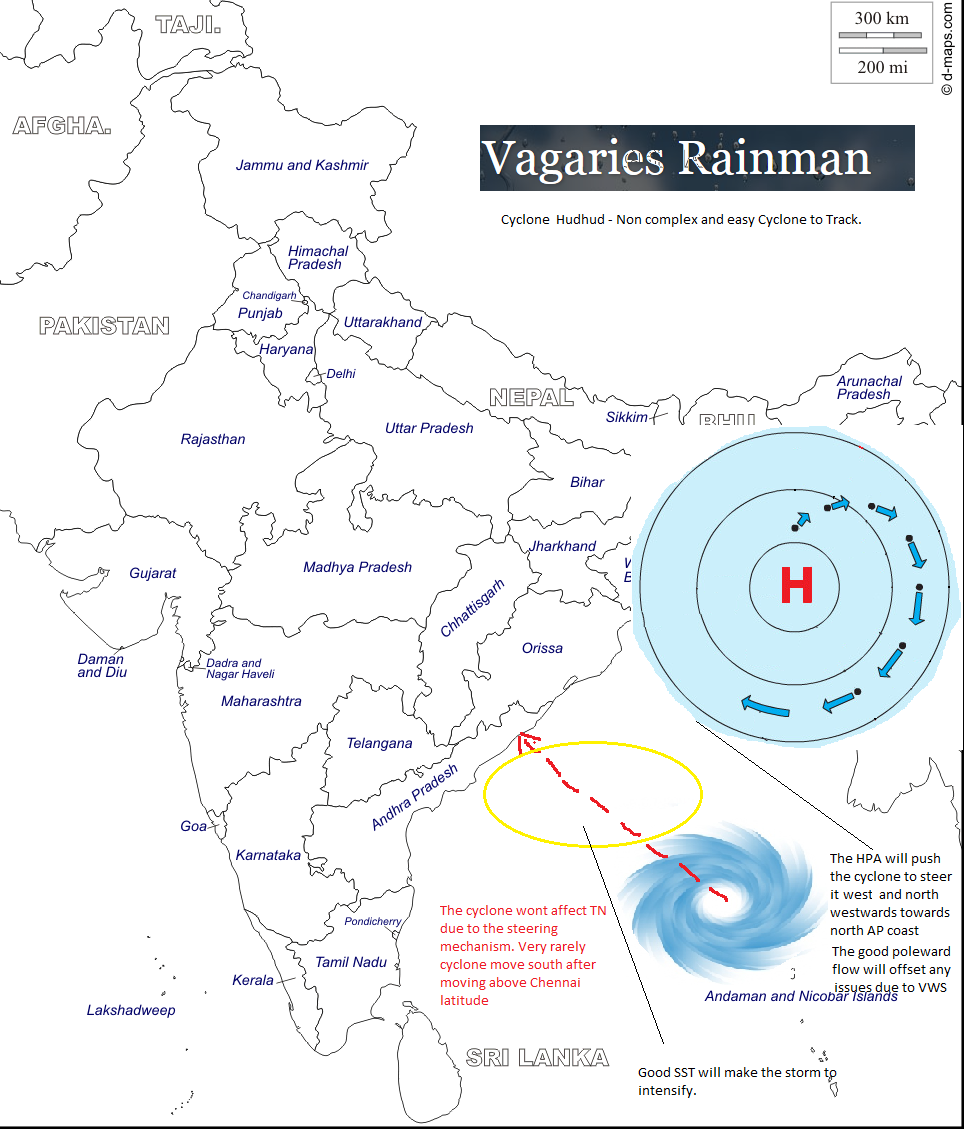 Chennai - unless the cyclone weakens it will only move west and northwest direction and there by giving it an complete miss.....!