Not often you will see 300 mm rainfall in 24 hrs in Karnataka in October 2nd week. This is one was such a freak heavy rainfall. most of the heavy rains happened in Ankola Taluk in Uttara Kannada district in Northern Karnataka. 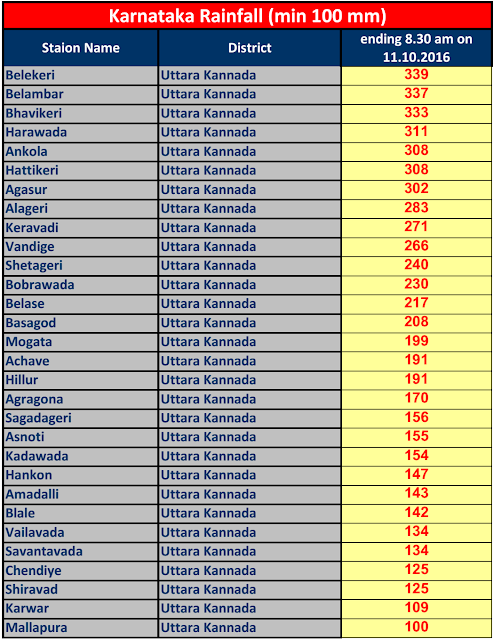 
The last time water was released from the reservoir was in 2010. Karanja which has the capacity to store 6.9 TMC of water. Water being released fron the Karanja Dam in Bidar following heavy inflow in the past few days (Photo Courtesy: DC) 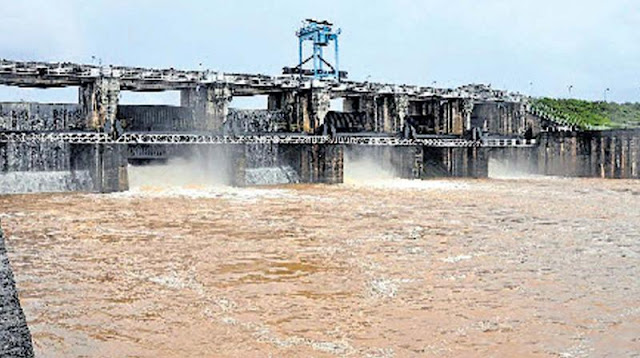